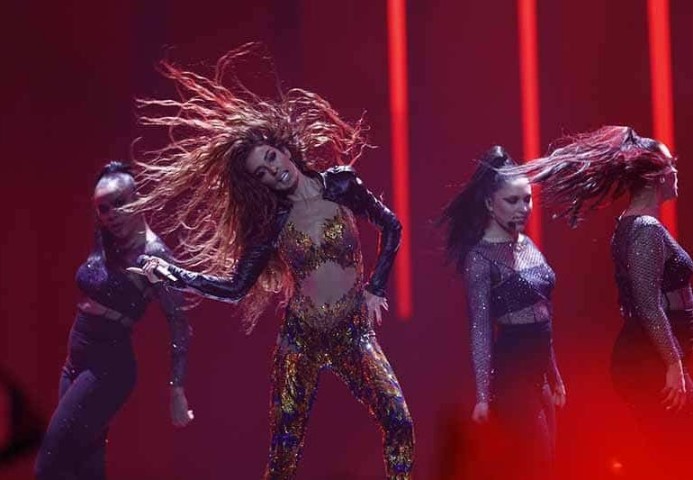 After a fiery performance at Tuesday night’s semi-final in Lisbon, Cyprus will be heading to the Eurovision Grand Final on Saturday.

Greek popstar Eleni Foureira will represent the island with the song Fuego by Greek-Swedish songwriter and producer Alex Papaconstantinou, and she has been slated to take first place in the final by betting agencies.

At Tuesday’s semi-final, Foureira appeared in a fiery glittering body suit, and dazzled the crowd with her choreography and performance, where actual flames shot from the stage during her final chorus.