Over 30 million British Tourists in 30 years 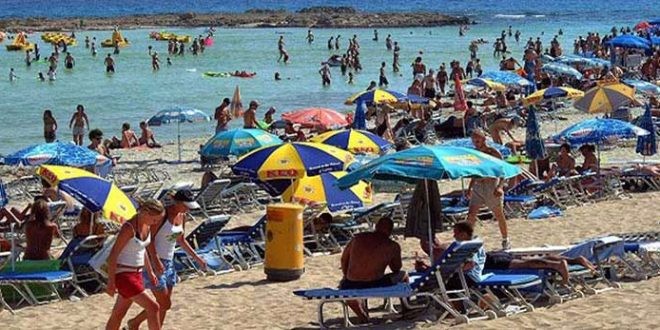 Over 30 million British Tourists in 30 years

Cyprus Tourism Organisation (CTO) figures have shown that Britons remain the biggest visitors to the island with 30.6 million people from Great Britain having spent their holidays in Cyprus since 1986.

The same figures show that holidaymakers from Germany and Switzerland had at one time been popular visitors to the island but they have since been overtaken by Russians while Scandinavians have been consistently spending their holidays in Cyprus in the last 30 years.

But the majority of visitors have always been from the UK.

Apart from monitoring the origin of tourists into Cyprus, the figures also show the number of visitors – which have been on the rise since 1986 with occasional bad patches in 1996 and 2006.

Just over 900,000 tourists from various countries had visited Cyprus in 1986 but that figure rose to over three million in 2016.