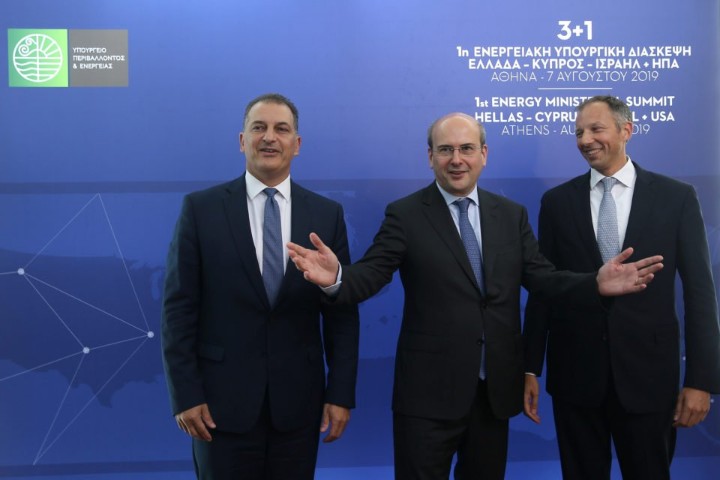 Greece, Israel and USA expressed their full support to Cyprus’ sovereign right to exploit its energy resources, during the First Energy Ministerial Conference, that took place on Wednesday in Athens.

Greek Energy Minister Kostis Hatzidakis welcomed his counterparts from Cyprus and Israel Georgios Lakkotrypis and Yuval Steinitz and US Assistant Secretary of State for Energy Resources Francis Fannon.
During their joint statements, the four ministers expressed their common will to strengthen their cooperation in the energy and environmental fields.
Lakkotrypis expressed his satisfaction over the three countries’ full support to Cyprus against the Turkish actions in Cyprus’ Exclusive Economic Zone (EEZ).