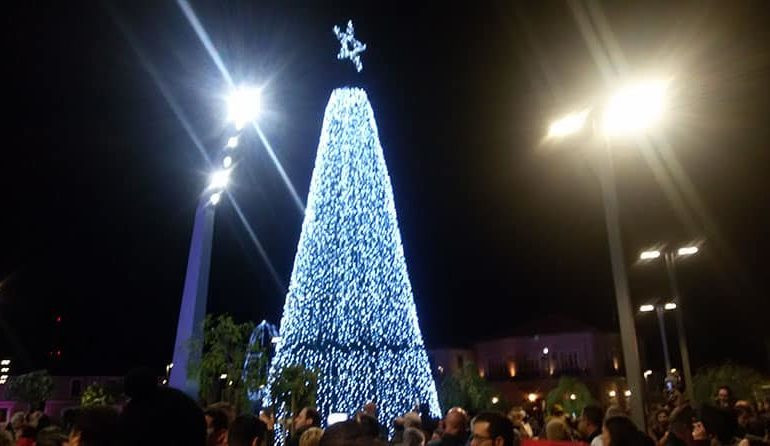 Paphos municipality is promising Christmas celebrations worthy of the new surroundings created by the completion of a number of major infrastructure projects, it announced.
“This year the Christmas atmosphere will be greatly improved through various artistic and entertainment events,” the municipality said in a statement.
The celebrations kicked off on Friday when mayor of Paphos, Phedonas Phedonos switched on the brand new Christmas lights in Kennedy Square at 5pm.
Cypriot singer Constantinos Christoforou will perform Christmas Carols and Father Christmas, along with his sleigh and elf will make an entrance. He will be accompanied by the ‘little drummers’ and dancers from the Dance School Koula Lanta, performing The Christmas Fairy-Tale.

The Georgia Christos Children’s Choir of Modern Music Academy and the philharmonic orchestra of the municipality of Paphos will also provide entertainment.
The square will be decorated for the festive season with wooden Christmas houses selling hot drinks, wine, chestnuts, snacks and hot dogs.
On December 16th the Cyprus police force band will sing carols on Makarios Avenue from 11.00am until 12 noon. Also participating will be the Aspire British School Choir, and music will be provided by a DJ.
The Paphos Aphrodite Rotary Club will offer a gluehwein event from midday onwards in Kennedy square and at 3pm, there will be a fairy-tale reading and puppet show at the municipal library.
The Christmas Merry-thon will take place at Kennedy Square at 10 am and will include the Santa Claus march – the first 400 participants will be given free Santa hats – and at Makarios Avenue from 11.00am the Love Feast offers entertainment, activities for kids and a Christmas bazaar with charity stalls.
-- CONTINUE READING ON CYPRUS-MAIL