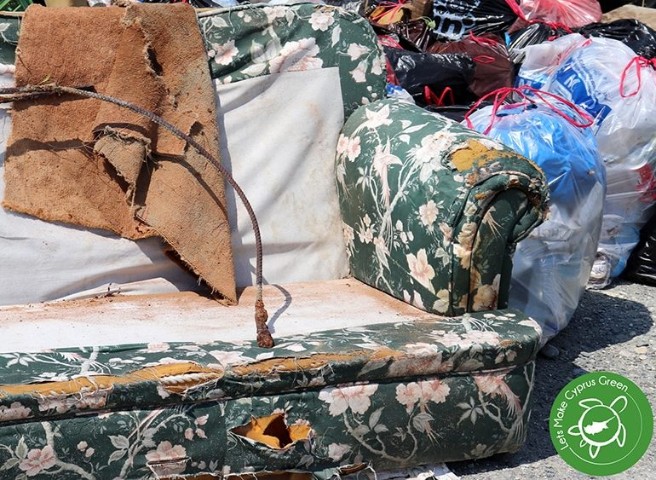 Cyprus’ growing green credentials have received a further boost with the announcement that Let’s Make Cyprus Green has officially become a non-government organisation under Cyprus law.
“Achieving NGO status is a huge step forward for Let’s Make Cyprus Green. With this status we will be able to expand our environmental, educational and prevention actions,” Eleni Kazelas, head of Let’s Make Cyprus, said.
“Our goal for 2019 is to continue to raise public awareness through various actions, invite more community involvement and encourage other environmental organisations here in Cyprus to join us in our efforts. The biggest way to see progress with a mission such as this is by collaboration. In the end, we are all fighting for the same thing. Joining forces will only make us stronger,” she added.
The fledgling organisation has achieved a lot in its short existence. In 2018 alone, it organised 10 cleanups around Cyprus, collecting a staggering seven thousand kilos of trash and recyclable materials before they ended up in the sea. On April 20, more than 200 volunteers took part in their 14th cleanup at Zakaki Marsh nature reserve and collected 400 bags of trash, 200 car tyres, 5 couches, 5 mattresses, 1 toilet, and many more items you wouldn’t expect to find only a few hundred metres away from one of the most popular beaches in Limassol (Lady’s Mile Beach). And all these less than six months after a cleanup in November 2018 at the same location rounded up over 160 bags of garbage.
Schools around Cyprus have enthusiastically welcomed presentations by Let’s Make Cyprus Green volunteers helping to spread the green message. And corporations have been keen to organise their own cleanups with the expertise and equipment provided by Let’s Make Cyprus Green.