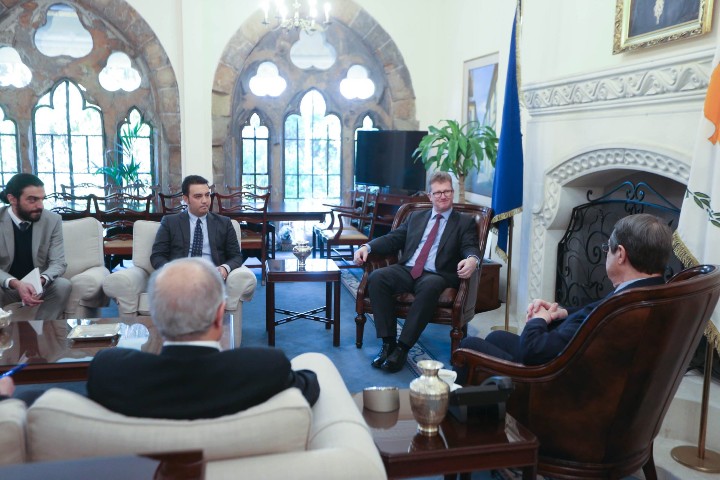 The UK’s departure from the EU on January 31, opens a new chapter in Britain’s history, British High Commissioner Stephen Lillie said on Monday after a meeting with President Nicos Anastasiades in Nicosia.

The UK, Lillie added, appreciates the links, relations and common interests with the EU and he assured Anastasiades of London’s  continued commitment to maintain “a strong, broad and deep relationship with Cyprus” on the basis of shared values, shared history, the Commonwealth, as well as the large Cypriot communities in the UK and Britons in Cyprus.

He said the two countries would continue to work closely together in the future, notably on the Cyprus issue, but also on issues of international interest such as climate change.