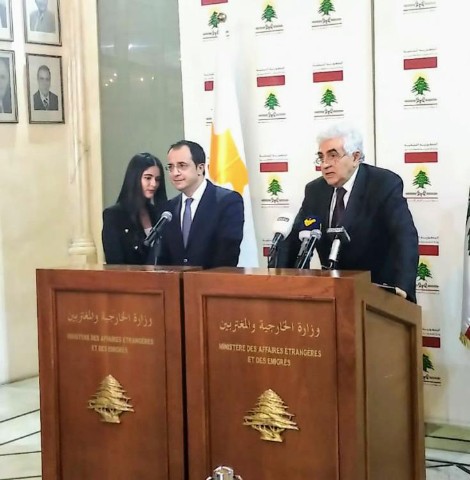 Cyprus Foreign Minister Nicos Christodoulides announced on Friday that Cyprus and Lebanon have started preparations for the first Trilateral Summit at the level of Heads of State / Government, to be held in Nicosia in the spring.

At the same time, he said Cyprus will always be a strong supporter of Lebanon’s stability, sovereignty, security and prosperity.

In remarks after his meeting with Minister of Foreign Affairs and Emigrants of the Lebanese Republic, Nassif Hitti, Christodoulides expressed sincere appreciation for the very positive and open deliberations the two held, noting that he is privileged to be the first foreign dignitary to visit Beirut after the formation of the new Government.
The two, he said, had a frank and open discussion with Nassif on the latest regional developments.