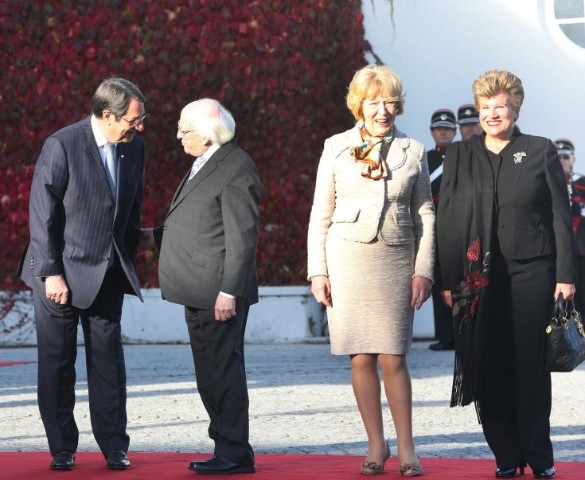 Cyprus Government Spokesman Prodromos Prodromou told the Cyprus News Agency (CNA) that during the talks that will take place at the Presidential Palace, President Anastasiades will raise the issue of Turkey`s provocations and illegal interventions in Cyprus’ Exclusive Economic Zone (EEZ)  and will brief his Irish counterpart about developments in the Cyprus problem. Moreover the bilateral relations between Cyprus will be discussed as well as developments in the EU, and more specifically Brexit.