Parliament Speakers from Cyprus, Greece, Jordan, Egypt and Iraq to meet in Nicosia 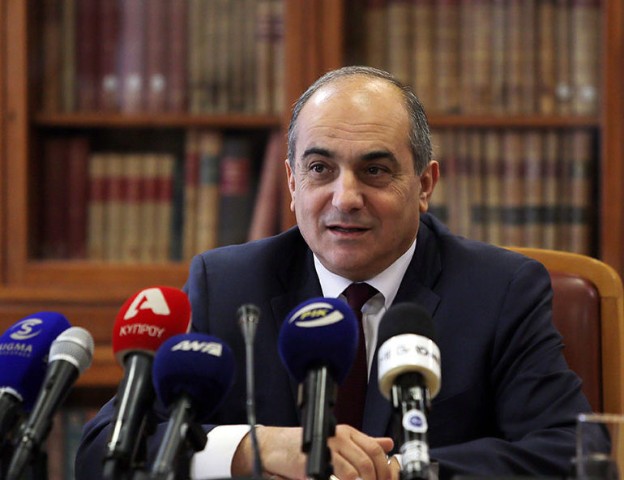 Parliament Speakers from Cyprus, Greece, Jordan, Egypt and Iraq to meet in Nicosia

House of Representatives President Demetris Syllouris, who is on an official visit to Egypt, has announced that the Speakers of Parliament from Cyprus, Greece, Jordan, Egypt and Iraq will have a meeting in Nicosia in the next couple of months.

In the context of his official visit, following an invitation by President of the Egyptian Parliament, Ali Abdel-Aal, Syllouris had a meeting with his counterpart and a large parliamentary delegation at the Egyptian parliament, followed by a tour of the historic building and a lunch hosted by Abdel- Aal in his honour.

In statements after the visit concluded Abdel-Aal said that the talks confirmed “the strong ties connecting our two friendly countries.”