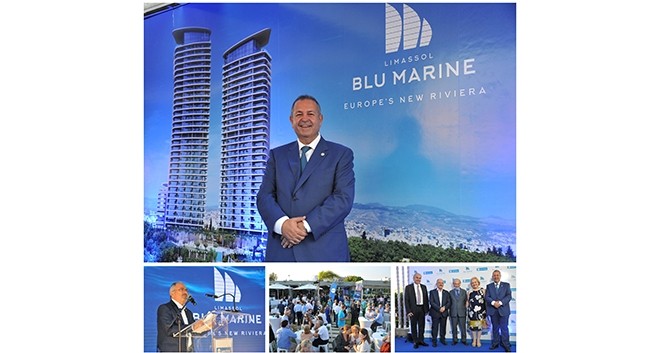 The official first presentation of the innovative and leading-edge waterfront project by the Leptos Group, Limassol Blu Marine, took place on July 18 in the presence of more than 350 guests, from the professional and business sectors.

The Group’s President, Michael Leptos, in his brief speech, made a short reference to the Leptos Group’s business history and activities.  He thanked- the Mayor of Limassol Nicos Nicolaides and everyone present, friends and associates and stated that Limassol Blu Marine will succeed and that it will become a landmark for the whole of Cyprus.

The Group's Vice-President, Pantelis Leptos, as its main shareholder and project manager, stated that the Leptos Group aims to deliver an internationally recognized project - a landmark, in collaboration with international architects, designers and engineers, such as Benoy Architects, BuroHappold Engineering and the local architectural firms Ioakim-Loizas Architects & Engineers and Armeftis & Associates alongside a selected team of other advisors.

Limassol Blu Marine is located in a rapidly developing area of Limassol, in the center of the city, on the sea and next to everything. It is a high quality and new technology project, a project of international standards whose concept and architectural design allows for direct views of the sea from its three towers and all its 247 luxurious apartments.