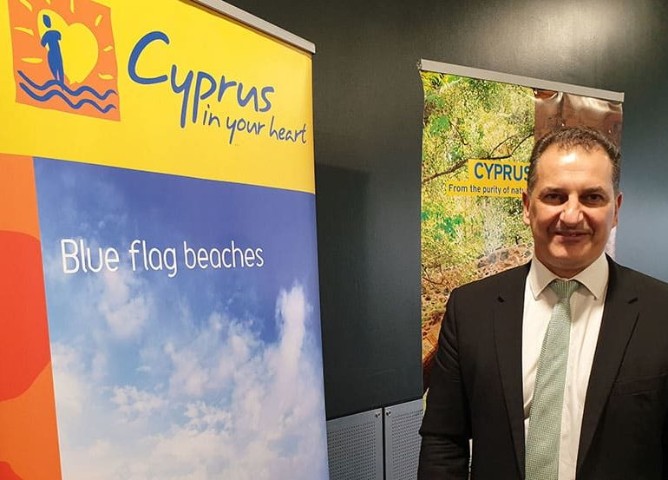 Cyprus is expected to reach 4 million tourists in 2018, with the Minister of Tourism Yiorgos Lakkotrypis speaking of “another exceptional record year.”

He was speaking at the annual World Travel Market, held in London’s ExCel exhibition centre, which opened its gates to tourism professional from around the world.

Cyprus is represented at the three-day long event by tens of co-exhibitors under the umbrella of the Cyprus Tourism Organisation (CTO), headed by the Minister.

On the first day of his official engagements, Lakkotrypis held a meeting with the Greek Minister for Tourism Elena Kountoura and then he greeted the exhibitors that have travelled from Cyprus.