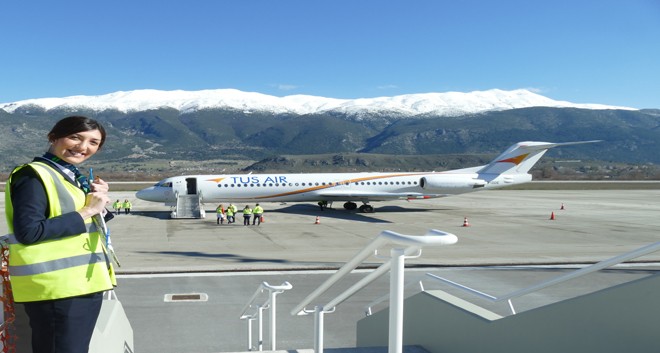 The Cyprus-based TUS Airways: "The Ultimate Schedule" officially launched, on Friday the 16th of February, its new route from Larnaca to Ioannina. The new route connects Cyprus with the Capital of Epirus via a direct flight for the first time and is the latest addition to the airline’s continuously growing list of offered destinations.

This milestone was celebrated in a short ribbon cut ceremony held before the first flight, at the International Larnaca Airport. In addition, upon arriving at Ioannina's King Pyrrhus Airport, the passengers of the inaugural flight were welcomed by the Governor of the Epirus Region - Alexandros Kahrimanis, the Mayor of the city -Thomas Peggas and other important officials who greeted them in festive ceremony with traditional music, dance, delicacies and drinks of the region.