August 6th to be busiest day ever at Cyprus Airports 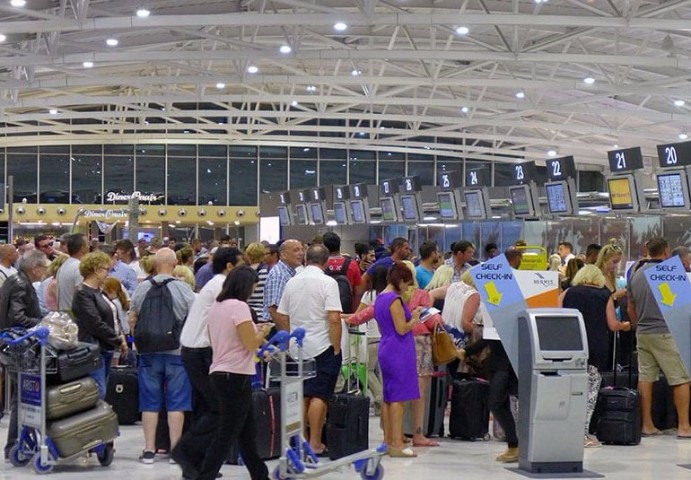 August 6th to be busiest day ever at Cyprus Airports

Next month, a record 1.4 million passengers are expected to travel to and from Larnaca and Paphos airports, with August 6 expected to be the busiest day of ever.

“The passenger traffic in August will surpass every previous record. This August will be the month with the most passenger traffic ever recorded at Cypriot airports, and it is estimated that around 1.4 million passengers will travel via Larnaca and Paphos airports during the month,” Adamos Aspris, Hermes airports spokesman, said on Tuesday, adding that on August 6 during 24-hours the airports will handle a total of 347 flights.

During a two-week period, “it is estimated that, in total, more than 3,800 flights will be handled and approximately 620,000 passengers will travel via both international airports in Cyprus,” he said.

For yet another year, Greece is the favourite holiday destination of Cypriots, the spokesman added. Of the total passenger traffic recorded this year more than 30 per cent are residents of Cyprus.

Since the beginning of this year, the number of passengers has increased by 17.8 per cent, which, according to Aspris, reflects Hermes’ efforts and the operator’s cooperation with the tourism industry.

His statements come a day after the statistical services reported that revenue from tourism in May rose an annual 19 per cent to €291.5 million against a 15 per cent annual increase in arrivals.

In the first five months of the year, total revenue from tourism rose 22 per cent to €649.2 million compared to January to May last year.